A FaceBook Holiday Challenge: A Time to Spread Healing

A little while back Time magazine documented the phenomenon of Raging Retrosexuals- the fact that many people are hooking up with long-lost crushes via social media, like Facebook.

As a result, it’s been unfortunately good at breaking up marriages. I’d hate to see those numbers.

In fact, it just happened to one of my husband’s best friends- whose wife suddenly up and left their family with 3 kids for her abusive high school boyfriend. Tragic. Really.

But, I’ve only been on Facebook a very short time and already I’ve seen how it can be a spring board for the opposite kind of effect: Forgiveness.

One of the first emails I got through FB was from a long lost lover. Well, not really a lover per se, because we never had sex. But that doesn’t mean that we didn’t trade sexual favors for feelings of self worth.

Which of course is never a healthy thing. But I admit it, my mother never told me that boys like to use girls to satisfy certain needs. And unfortunately, I had unmet needs of my own- to feel loved, valued, worthy.

So like millions of teenage girls, then and now, I fell into the trap of trying to use sex to feel better about myself. It doesn’t work for long as many of you know.

But I tried that strategy for years, racking up a ton of heartbreak. And leaving behind a wake of young men grateful for the feel-good sex, but little else.

I eventually worked through those issues and stop giving myself away for such a low price. I never looked back angrily at those guys, I mean, I offered myself willingly. It was a lesson I needed to learn.

Yet, here unexpectedly in my brand-new Facebook Inbox was an apology of sorts. From a man who had grown up and recognized that perhaps all his actions weren’t entirely honorable. He didn’t have to do that- he certainly wasn't the worst of offenders.

It was simple and said, “Is it too late for apologies?”

It wasn’t even specific about what he was apologizing for.

Yet of course, it is never too late to be sorry for how you treated someone.

And in that moment, my heart poured open with appreciation for the gift of the simple recognition that “Yes, indeed, a long time ago, my feelings were hurt.”

I decided to allow that one simple acknowledgment to stand-in for an apology from every single man who I ever felt "used" by. And just like that, all of the long-forgotten and hidden hurts that resided in my soul melted away, released at last.

And I sent him back my own apology because it takes two to tango and no doubt my behavior had some uncomfortable effect on him.

By acknowledging the result of our choices and how they have affected others, even unintentionally, we step into integrity with our highest good and the highest good of all concerned.

We take back our power and full self-respect.

That, my friends is the power of apology and forgiveness. That sometimes, with even the slightest effort, decades of hurt can be healed. Often more deeply, widely, and profoundly then you would ever fathom to guess.

We all have this power to touch each other, to offer healing. How can we withhold it?

And apparently social media like Facebook can provide the avenue to connect with long ago companions, so that things may at long last be righted.

So, in this holiday season, where people are often saddened by the hurt and lack found in their past and present relationships, I’d like to suggest that we choose to ly use social media for a different purpose:

To create a surge of healing throughout the land.

Let’s ride the wave of the true meaning of Christmas and take that spirit of giving, healing, and forgiveness to a new level by having the courage to bring all of our relationships back to LOVE.

Last spring I wrote a blog about the need for Completion- to go back to every relationship where something was left unsaid, undone, and to say and do those things which would put us in integrity and give us positive closure. And I gave you a powerful meditation to assist you on that journey.

Completion is needed now more than ever so that we can move into the New Year, fresh and unencumbered by the weights from the past. Only from that clean slate, can we create a truly gorgeous vision of our lives.

That’s my challenge to you this Choose to bring back all of your relationships to Love with Completion.

And if Facebook and other social media can help you do that- than so be it.

I’m accepting my own challenge and have a list of people here with whom I want to offer a message of apology. Things I’m sorry for, things I’m grateful for. I’ll be working my way down the list until it’s Complete.

And if there are people out there who think I owe them an apology, please let me know. Sometimes we remain unaware of the extent of our behavior on others.

But with an open heart and an open mind, together, we can all create the healing upon this Earth that humanity needs at this time. One relationship at a time.

Rejoice in the spirit of the friends, because love is here to stay!

How Much Longer Till YOU find True Love? 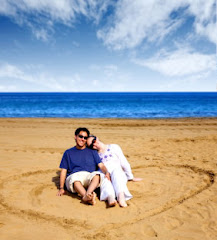 Ready to FAST-FOWARD to the Love of your Dreams?

My Soulmate Solution.com is here!

Visit us to Discover the BEST, Most Effective Way to Begin Attracting Real Love that Lasts!

Get New Posts Sent Directly to Your Email!

Dr. Jenn
I'm Starting a Soulmate Revolution! I want to see the world filled with happy, loving soulmate relationships. That's my passion! And as a psychologist and dating coach who has found my own soulmate- I'm not stopping until you find yours!

Get Inspired with Our Other Blogs!